We’re not denying that just a 1 to 2 percent drop in hydration levels can lead to dehydration symptoms such as impaired performance, fatigue and general thirstiness, water is essential but not magical.

This week is World Water Week, and it’s not just about conservation. It’s about appreciating that water is life and using it wisely. In an effort to shed some light on some of the myths and facts about water, we wanted to make a list of five most fabled beliefs. After all, it pays to know a little more about this amazing substance! 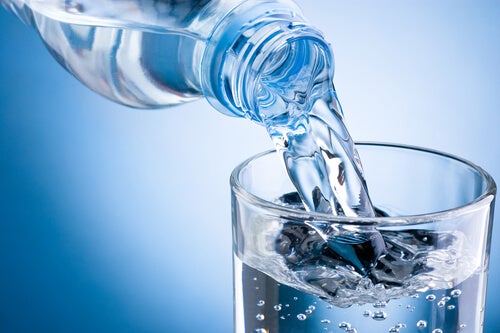 Myth: You need to drink eight glasses of water a day

No, you don’t! This is perhaps the biggest myth about water that we have all heard at some point. The is no question that we all need a healthy dose of hydration daily, but how much is an individual thing. Some people need less, some people need more to maintain the optimal hydration status. To figure out the magic ounce-count of aqua that your body needs, you should take many factors into consideration. The larger you are, the more water you need for every function in your body, not to mention replacing sweat. However, if you are smaller or don’t sweat a lot, even less than eight glasses may suffice to maintain water balance.

Myth: You can get ‘drunk’ on water

Actually, yes… Usually if you have a psychiatric disorder, or if you’re under abuse or torture. You know what they say about too much of a good thing, right? Well, drinking so much water that you die can happen, although very rare. Water intoxication or water poisoning can only happen when you drink excessive amounts of water; way too much than your normally self-regulating body can cope with. How do you know that you have drunk too much? You usually start to bloat and feel nauseous. If this starts to happen, stop drinking all liquids and get help. Not necessarily. Dark and infrequent urine means you need more water. And as long as it is a pale yellow, like lemonade, you’re hydrated. If it’s completely clear, it just means you’re full to the brim; what’s going in is coming out. In this case, you could actually be overhydrated, and it’s a good idea to stop right there. Instead of just looking at the colour, look at volume. The more you put in your body, the more that should come out. If you seldom go to the restroom, that’s a sign you are probably not consuming enough fluids.

Myth: Caffeine will dehydrate you

Nope. This is a commonly-held belief, and it is plain wrong, especially for the casual coffee or tea drinker. Although large doses of caffeine alone can dehydrate, the water in your coffee and tea more than make up for any dehydrating effects. In addition, if you always have a latte in the morning or a McNab’s SuperCharge energy drink at lunch, your body can become easily adapted to the caffeine with no dehydrating effect at all.

Myth: Only drink extra during exercise

Don’t believe it! If you think sipping on a diet coke or tea is enough to keep you hydrated because you don’t work out frequently, you might be missing out on some much-needed aqua-induced nutrition. This habit can actually lead to mild dehydration during the day, leaving you tired, unmotivated and lethargic. You need water for daily functioning, so even a little bit every now and then will ensure hydration the rest of the day.

What other reasons do you have for not drinking more water, or what other myths have you heard about? We would love to hear about it on our Twitter and Facebook.

Posted in 100 Ways to Energy

Privacy Settings
We use cookies to enhance your experience while using our website. If you are using our Services via a browser you can restrict, block or remove cookies through your web browser settings. We also use content and scripts from third parties that may use tracking technologies. You can selectively provide your consent below to allow such third party embeds. For complete information about the cookies we use, data we collect and how we process them, please check our Privacy Policy
Save
×